We are sorry to report that Professor J. Bryce McLeod FRS died at his home in England on August 20, 2014 at the age of 84. He had been University Professor 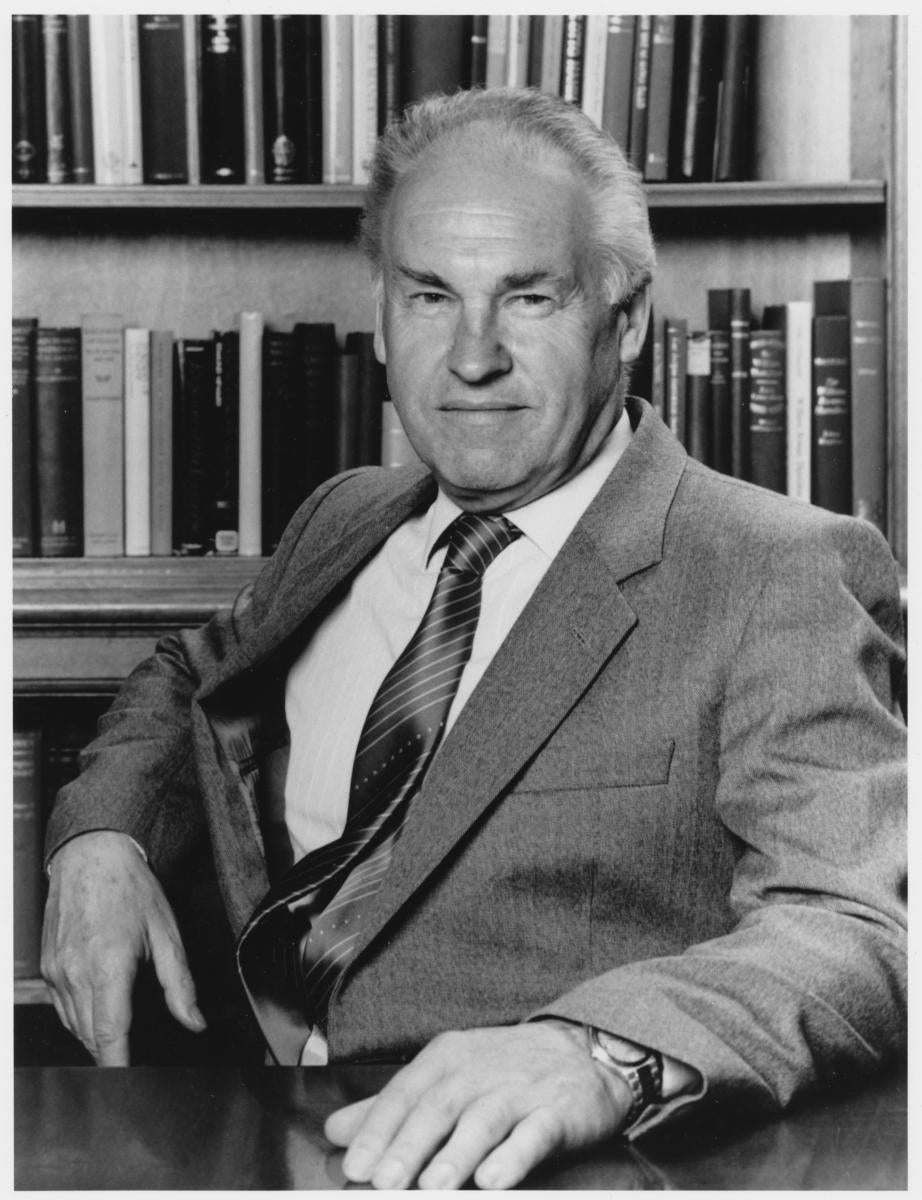 of Mathematics at Pitt until his retirement in 2007. He and his wife Eunice then moved back to England, where he had been at the Mathematics Institute of Oxford University until moving here twenty years earlier. His former colleagues at Pitt, and friends and collaborators around the world, mourn his loss while celebrating his life.

Professor McLeod taught the department's graduate course in differential equations for many years, training hundreds of students in this important subject. In the years before he retired he also enjoyed teaching undergraduate courses in linear algebra and differential equations. His lectures were known for their elegance and clarity. This goes as well for the many seminars he presented during his time at Pitt. For most of that period he organized the department's seminar in applied analysis, and he supervised five Pitt Ph. D.'s.

In his obituary in the University Times, Professor William Troy, who co-taught undergrad ODE's with McLeod a number of times, is quoted as saying "Throughout his career at Pitt,  Professor McLeod gave generously of his time to each of his students." Professor Stuart Hastings, a long time friend and collaborator who had the office next to McLeod's for twelve years, recalls this as well, having seen many students in discussion with Professor McLeod about his courses. Associate Provost and Professor of Mathematics Juan Manfredi said "He was a distinguished scientist and mathematician, but he was also a great gentleman of math."

In his research Professor McLeod collaborated widely in the mathematical community. A good number of those collaborations were with members of the Pitt math department, including two of his best known papers. He was awarded his Fellowship in the Royal Society in 1992, while in our department. This is one of the highest distinctions ever achieved by a Pitt mathematician.  Among other honors, he was awarded the 2011 Naylor Prize and Lectureship of the London Mathematical Society "in recognition of his important and versatile achievements in the analysis of nonlinear equations arising in applications to mechanics, physics, and biology."

In January of 2014, when already ill, he recorded an interview with Professor Sir John Ball of Oxford University. At the end of this interview, when asked what advice he would have for mathematicians at the beginning of their career, he said "Above all, have fun". Bryce McLeod clearly had fun with mathematics, and a positive attitude about the problems he studied, eager to see his way to the crucial steps, and optimistic that he would find them.