Math and Data in Professional Sports

Recently, the Department of Mathematics offered its students a wonderful opportunity; it hosted presentations by the heads of the analytics teams for two local professional sports organizations. 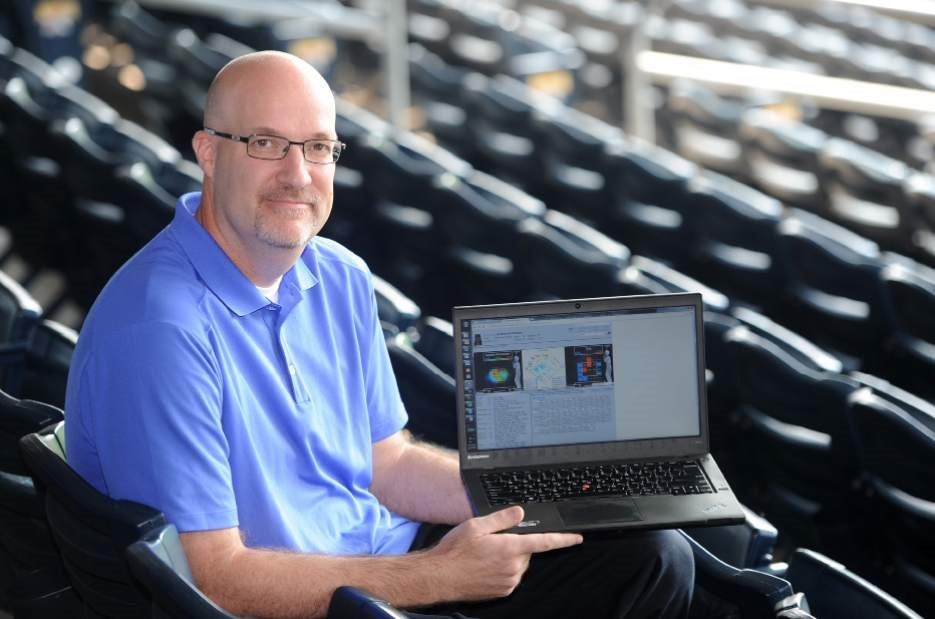 On Tuesday, November 6, Dan Fox, the Director of Baseball Informatics for the Pittsburgh Pirates spoke on what he does as an analyst for a Major League Baseball (MLB) organization. Fox has led the analytic team for the Pirates for the past 10 years, and has helped  the team come from 20 years of losing seasons to playoff appearances three straight years. Much of his effort is documented in Travis Sawchik's 2015 book: Big Data Baseball: Math, Miracles, and the End of a 20-Year Losing Streak.

Before the Pirates, Fox wrote a regular column in Baseball Prospectus entitled "Schrodinger's Bat" (which is the title of one of the books Lisa Simpson uses to lead Bart's Little League team via Sabermetrics in The Simpsons’ episode MoneyBart) and had contributed articles to The Hardball Times. In a September 2013 article "How the Pirates got defensive," ESPN describes Fox's role in making "the shift" a regular part of Major League Baseball.

Fox's talk "The Math Says Yes" discussed much of his work, showed many examples of tendencies in baseball, and how things like predictive statistics and Markov chains can be used to make decisions in a MLB game.

Two days later, Dr. Sam Ventura, the Director of Hockey Research for the Pittsburgh Penguins gave a similar talk but from a hockey perspective.  Ventura is a Pittsburgh native having grown up in Swissvale and earning an undergraduate degree and a PhD from Carnegie Mellon.  In addition to his work with the Penguins, Ventura has co-authored many R packages, is an editor for the Journal of Quantitative Analysis in Sports, and served as an assistant coach of the CMU ice-hockey team.  He is also a co-founder of war-on-ice.com a website that provides modern hockey statistics and salary cap information for National Hockey League teams and players. 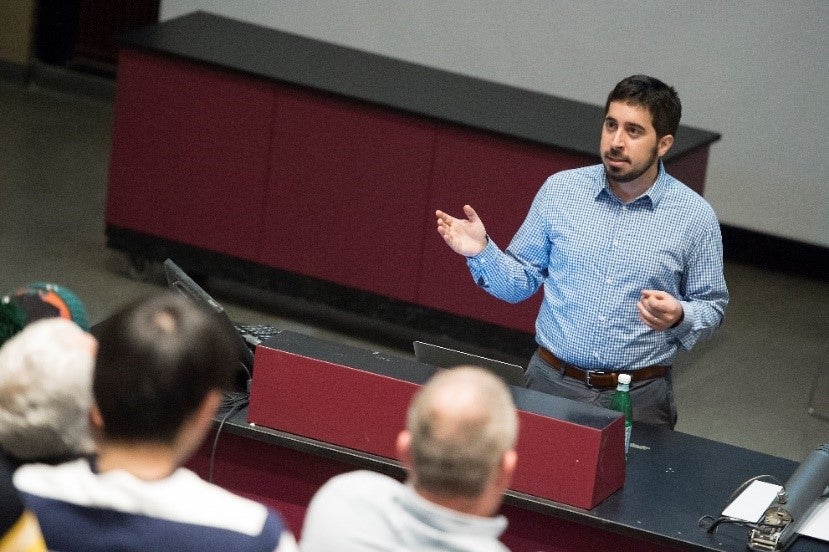 Ventura's talk "Data-Driven Decision-Making in Sports" showed some examples of hockey analytics, ventured into NFL player analytics discussing things like players' Wins Above Replacement, and NFL team tendencies to go for it on fourth down as a function of distance to go and field position.  Throughout the presentation he took many questions and also quizzed the audience, which made the whole process seem more like a discussion than a lecture.

As Fox mentioned, Ventura emphasized a valuable lesson that will benefit any STEM major: it is often important to establish a personal relationship to get a non-math person to value what the data is suggesting.  The talk concluded with a slide showing a list of around 25 available analytics positions for professional sports organizations in MLB, the NFL, the NHL, and the NBA.

Each presentation was well attended with students and faculty from the Department of Mathematics as well as the School of Computing Information, the Swanson School of Engineering, and the College of Business Administration. Both visitors were guests of Dr. Jeffrey Wheeler and any questions regarding their work or presentations may be directed to jwheeler@pitt.edu. 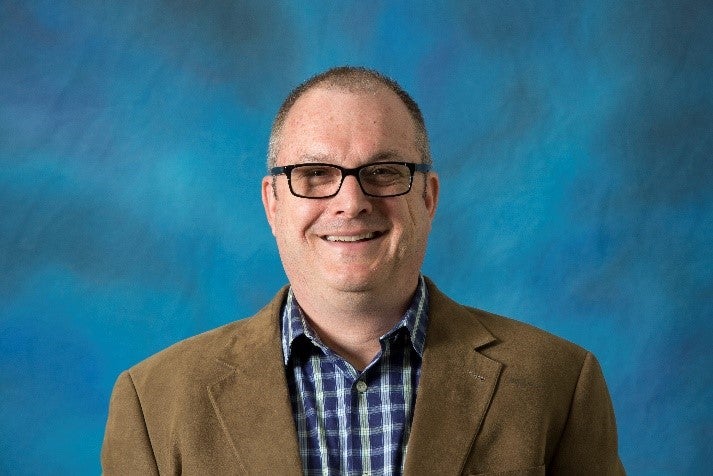 The University of Pittsburgh's Department of mathematics sincerely thanks Dan Fox and Sam Ventura for speaking about their very interesting jobs with the Pitt community and demonstrating some of the many opportunities a quality education in mathematics may provide.